Sacsayhuaman, an Inca marvel, which keeps ancient secrets inside its stone walls. Through the times it witnessed battles, celebrations and the majesty of the greatest empire along South America. Today Sacsayhuaman is a very important part of the touristic activity of Cusco, receiving a great deal of local, national and foreign travelers and telling the story of glorious times of an ancient culture whose history and tradition endure through time. Do you want to know everything about Sacsayhuaman and learn all its secrets? Visit Sacsayhuaman with us and live the Inca experience on your trip to Cusco.

Before you begin your trip through the universe of ancient Peru, it is necessary to place ourselves in time, space and context. You shall know that Sacsayhuaman was one of the most important architectural works of Imperial times, being a ceremonial and religious center and also a military fortress in its time. Let us walk together through this path which will make you understand Sacsayhuaman and visit all its corners looking for its mysteries, magic and history. 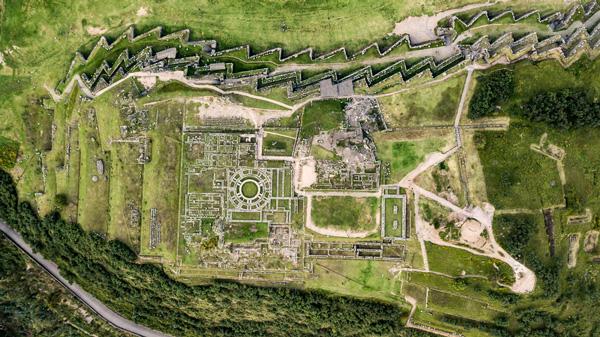 Allow us to show you the way with our Cusco Ruins, Plazas and Landsmark and visit Sacsayhuaman Fortress: an ancient jewel in the heart of the Inca Empire.

Sacsayhuaman is placed at 12140 ft (3750 masl), only two hundred meters above the center of Cusco and covers an extension of 1.2 square miles (3.093 hectares). Sacsayhuaman is protected by the great Apu Ausangate, the Pachatusan and Cinca. Due to its location it has a variety of flora and fauna where the South American camelids, like llamas and alpacas are most noticed, also birds such as falcons.

The name of this ancient marvel comes from the quechua words: “Saqsay” which means something like full or satisfied and “Waman” which means falcon. Together they form the name of the fortress and could be translated as the place where the falcon eats up to fulfillment.

History of the archaeological site of Sacsayhuaman

Sacsayhuaman was built during the reign of Inca Pachacutec (1400 to 1471 ac) into the XV century. It has been said that beforehand there were some other buildings but this magnificent building was built over them. The construction Of Sacsayhuaman took approximately 50 or 70 years and as the chroniclers said the work of 20,000 men was needed. Even when construction started under Inca´s Pachacutec time, it was finished by Huayna Capac in the XVI century.

Today only a small part remains of what was the Sacsayhuaman Fortress.

What was the role of Sacsayhuaman during the Inca Empire?

The precise role that Sacsayhuaman played during that time is not truly known. Some chroniclers said that it was a religious ceremonial center, a place for celebrations, rites and payments to the Pachamama. A magical space from where the complete city could be seen. It is also thought that it could have been a military training center where imperial soldiers received instruction and knowledge from their military leaders. But it was when the Spaniards arrived that Sacsayhuaman became a real war fortress and its efficiency is proved since the Spaniards were repelled several times.

Inside Sacsayhuaman, large warehouses for food and weapons were found, as well as canals for water distribution. 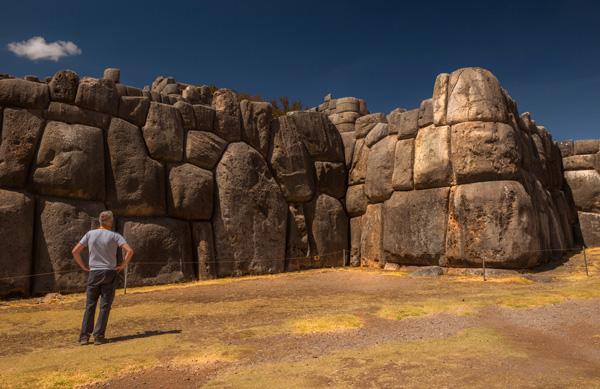 Sacsayhuaman is built with great Stones, some with a weight over 125 tons, 16 feet  high and 8 feet width. It has walls zigzagging, great and imposing and also other constructions such as cisterns for water recollection, aqueducts, tunnels and towers..

What celebration takes place at Sacsayhuaman? 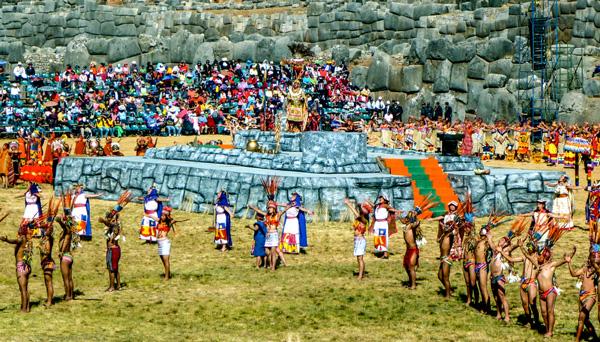 Which is the best time of the year for visiting the archaeological site of Sacsayhuaman?

Being so close to the city and their Hotels, any time of the year is a good one for visiting Sacsayhuaman. Even if it is the rainy season, wearing a raincoat or an umbrella or a poncho would be enough. Besides the rain fills of green the Andean sights which in conjunction with the clean and blue sky of the Peruvian sierra will make your heart fall in love of this part of the world.

Do not wait any longer. Live the Inca experience with all its colors and know the Must See Cusco: Machu Picchu, Sacred Valley & Cusco with us. It will be an unforgettable adventure.

As in each part of Cusco, in Sacsayhuaman there is a great deal of history and tradition which being revealed allows the traveler to build a better, deeper and more complete image of how life into the Inca Empire could have been. In this note we would like to share with you some curious data which surely you didn’t know about Sacsayhuaman.

Inca Pachacutec was born under the name of Cusi Yupanqui. After commanding its army and defeating the Chancas, Inca Huiracocha, father of Cusi Yupanqui named him Inca and his successor in the year 1438, since then he become named Pachacutec Inca Yupanqui Capac Inti Churi which could be translated as: Inca of the change of the course of the earth, worthy of esteem from the Sovereign son of the Sun. Pachacutec was the ninth Inca and the one who took its people to turn into the Tahuantinsuyo Empire.

In the year 1536 a group of rebels attacked Sacsayhuaman with the purpose to destroy the Spanish invaders and ragained  control of Cusco. They were surprise  but not defeated, so the Spaniards destroyed Sacsayhuaman to avoid new attacks from the Vilcabamba rebels.

The concept of the universe which the Incas had, covered a great spectrum, which included as a main axis the harmony between man and the generosity of nature. Is for this reason why every construction or urban center respected the scenery and was built taking the form of some animal that represented the Andean Cosmovision.

The city of Cusco had the shape of a puma of which Sacsayhuaman was the head.

Legends said that there are subterranean tunnels which unites Sacsayhuaman with the Coricancha. Even when there is no evidence of this affirmation, two caves can be seen. Both are narrow and as a precaution travelers are not allowed access to one of them. 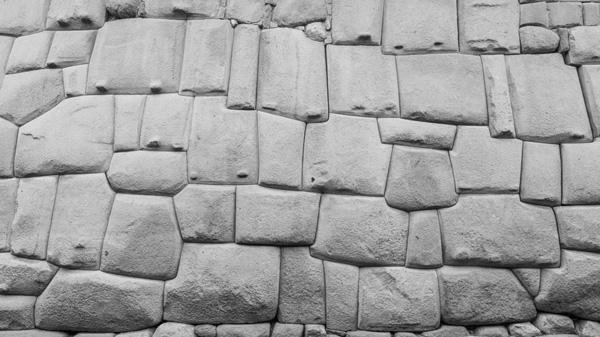 The stones which were used to build Sacsayhuaman are so big and heavy that it is difficult to imagine how the fortress could have been built in ancient times. There is a special wall where stones fit together like puzzles in such a perfect fit that the Spaniards attributed the construction to Andean demons since, according to them, this could not be human work.

The archaeological site has several elements which made it unique:

The Towers: There are 3 and could be found over the zigzagging wall so characteristic of this building, they are known as:

Walls and Bastions: The zigzagging walls are a characteristic of Sacsayhuaman and were built with limestone. Those walls were built with great stone blocks which were worked in the quarry and transported to destination using cords made with straw. Those cords were of great size and resistance and they used rolling surfaces to move the cut stones.

Rooms: Those are some areas of interest located at the hills close to the towers, the rooms are interconnected through Doors with the typical trapezoidal shapes of those constructions and all of them faced the main Square of Cusco.

The throne:   It is a seat carved in stone with a privileged view. Its structure is so perfect that it was named as the Inca’s throne.

Sacsayhuaman has so much more to discover and waits for you to reveal its secrets. Plan your trip with us and live the Inca experience from beginning to end. Enter to our page website Inca Raill and learn all what Cusco has to offer. We are ready to make the trip together if you are ready too.