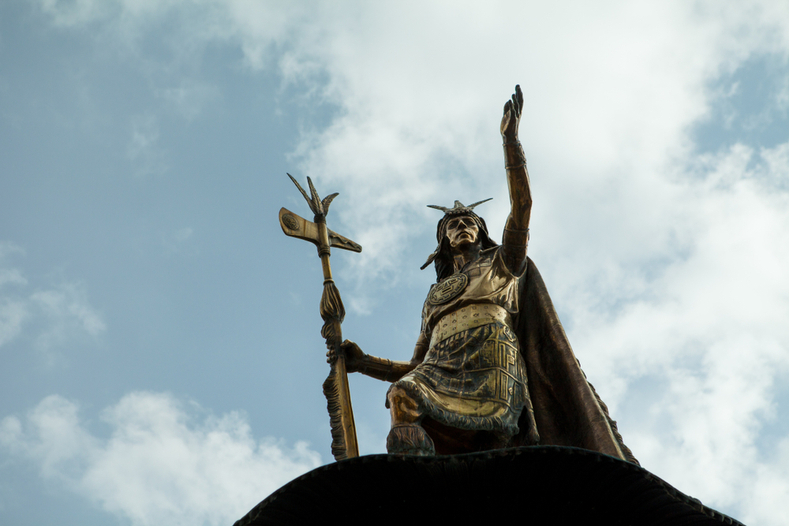 Origin Myths of the Inca Empire

Throughout the history of Peru, renowned chroniclers have collected well-known legends and myths about the origin of the Inca Empire. But only two have managed to become part of Peruvian culture and both narrate the origin of the largest pre-Columbian population.

The chroniclers Guamán Poma, Cieza de León and Betanzos were responsible for collecting the legend of the Ayar brothers. The mythical story of the siblings has become one of the most popular legends that explains the origin of the Incas.

The legend of Manco Cápac and Mama Ocllo was collected by the Cusquenian chronicler Inca Garcilaso de la Vega. Become familiar with each fantastical legend with the following summaries.

Legend of the Ayar brothers

As the legend goes, after an immense flood, four young men (the Ayar brothers) and their wives appeared: Ayar Manco and Mama Ocllo, Ayar Cachi and Mama Cora, Ayar Uchu and Mama Rahua, Ayar Auca and Mama Huaco. According to the Inca legend, the group was in search of fertile lands.

After a dispute with his brothers, Ayar Cachi—the most powerful and cunning of the brothers— was ordered to return to the caves of Pacarina. Once he entered, the exit was sealed with a rock and he would never be able to leave.

The other brothers continued on their way to Mount Huanacauri and found a stone idol to which they showed respect—all except Ayar Uchu, who jumped behind the statue and was petrified. The same happened to Ayar Auca who, after continuing the trip, was also turned into stone.

Ayar Manco, was the only brother who made it to Cusco where he found fertile land. By sinking his golden staff in the earth, he founded Cusco, capital of the Inca Empire.

Another legend of the founding of the Inca Empire was made known by the chronicler Inca Garcilaso de la Vega. The Legend of Manco Cápac and Mama Ocllo is one of the Inca myths that tells how the god Inti sent the spouses (and siblings) to earth in order civilize men, venerate the Sun god and found a great empire.

Emerging from the waters of Lake Titicaca, Manco Cápac and Mama Ocllo arrived to a populated land and were immediately considered divine beings. The husband and wife were on a mission: if their golden scepter could sink in the earth, then the land was considered fertile and would be the location of an empire.

Although Manco Cápac marched north of the huge valley and Mama Ocllo south, the scepter was sunk in the now legendary hill, Huanacauri. This is where the origin of the Inca empire was given.

Inca legend of the creation of the world

One of the most popular Inca myths tells that the Andean god Viracocha gave rise to a universe that had no light and was inhabited by giants who disobeyed him. This motivated Viracocha to create torrential rains and, consequently, a fatal flood.

Viracocha decided to try again, this time creating beings similar to himself; thus, human beings were created. Then he gave the gift of light by creating the moon, the sun and the stars. To civilize the humans, Viracocha sent his sons as an example of living life in harmony, with peaceful behavior and dedication to the harvest.

With the passage of time and despite the generosity of Viracocha, many men began to mock their god. As punishment they were transformed into stones, which served as a lesson for others: that although Viracocha could be kind, he also had the power to castigate them if they misbehaved. 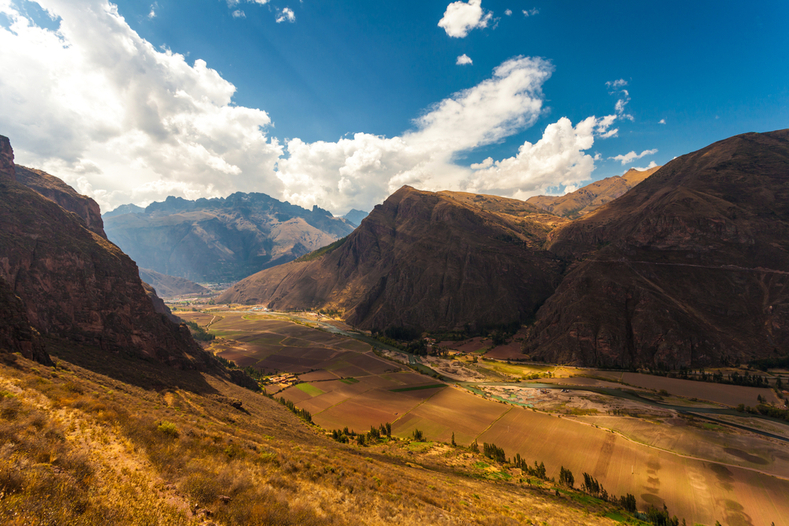 Information about the Inca Empire

When discussing the Inca empire, it is nearly impossible not to revert back to the historical findings that point to its origin. And although there are numerous origin myths, they commonly indicate that the Incas arrived in the Urubamba Valley in the thirteenth century when they fled from the Aymara.

However, in recent years, studies based on the historical reconstruction of the native peoples of Peru have sought to uncover if there was a single Inca patriarch. As well, the specialists aim to verify if the Tahuantinsuyo originated in Lake Titicaca or in the mountain of Pacaritambo, places considered to be the beginning of the Inca Empire, according to the most popular legends.

Alpaca Therapy: Connect yourself with Inca Energy in the Sacred Valley