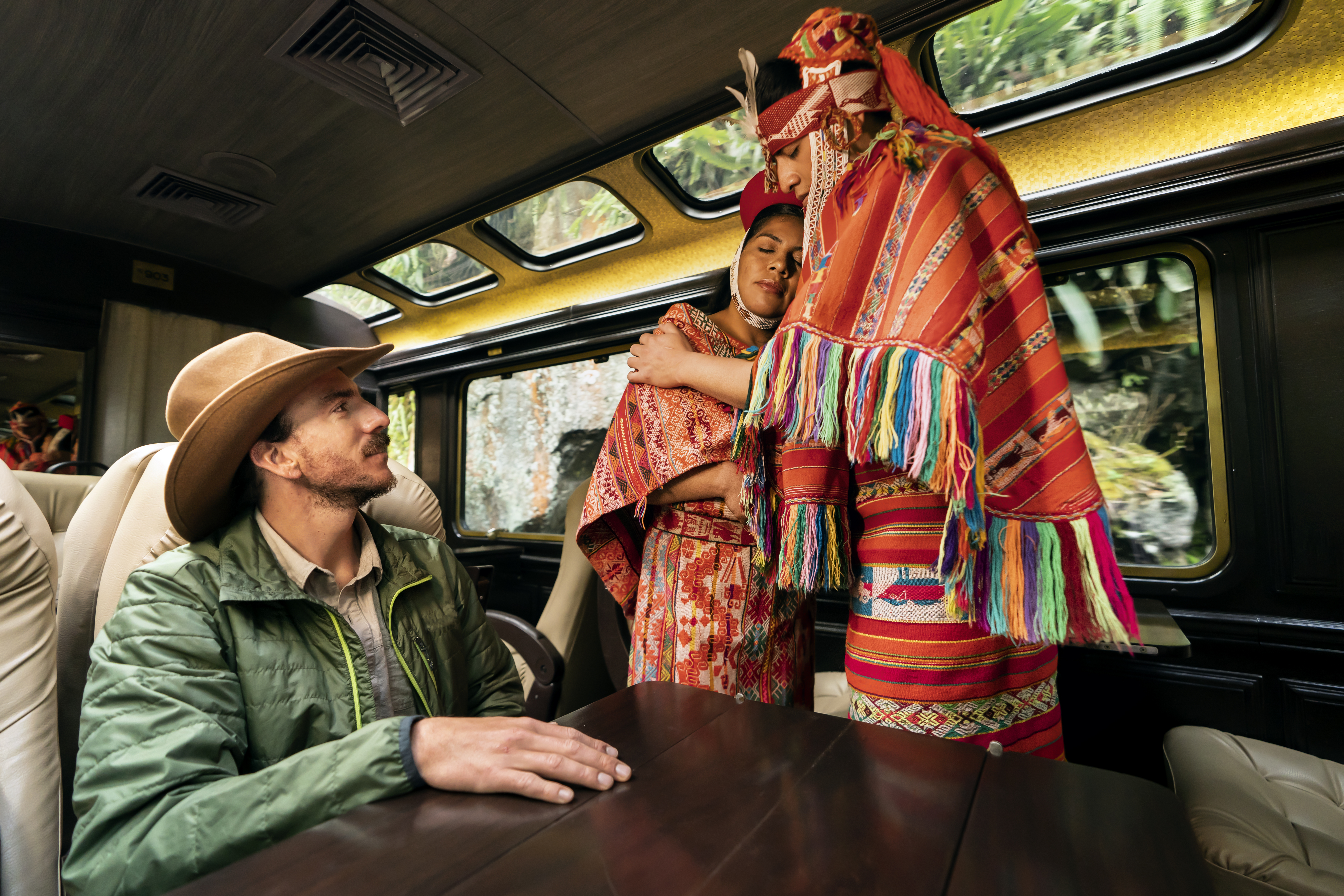 Coming soon, during your trip to Machu Picchu, you will have the chance to enjoy Ollantay: the most emblematic story of the Inca Empire. This is a story of a forbidden love between Ollanta, the bravest warrior of Pachacutec´s army and the princess Cusi Coyllur, his beautiful daughter.

Book your train ticket with the Ollantay stamp entering here.

Experience the magic on board

“Ollantay: The Warrior and the Inca Princess” is an experience that begins in the waiting room of the Ollantaytambo´s train station. While you wait comfortably at the inside of the Inca Rail facilities, the environment is filled with music, color and joy with the purpose of celebrating one of the victories of Ollanta, the Warrior.

At the sound of the pututo (ceremonial trumpet that announces the arrival of the train) you will be accompanied by the cortege through the parade to the boarding area, being part of a dance full of culture and Inca spirit.

Ollanta and Cusi Coyllur will be boarding the train to Machu Picchu with you to tell you their love story with the most memorable staging.

But this is not over yet. After charging yourself with the amazing energy of the sacred Citadel of Machu Picchu, the magic of Ollantay continues on the trains back to Ollantaytambo. This is for sure, an experience you will always remember!

Ollantay: The great Warrior and the Inca Princess

In the times of the Incas, there was an important warrior who brought glory and honor to the Inca Pachacutec, his name was Ollanta.

In one of his trips, he meets the Princess Cusi Coyllur daughter of the Inca Pachacutec and falls in love with her, even though he knew this union was forbidden. Both decide to live their love in secret to avoid the emperor's wrath, however, it doesn't last long.

Upon being discovered, Pachacutec humiliates Ollanta and makes him believe that Cusi, his beloved one, is dead. This is why the Warrior runs away and goes to the city that is known as Ollantaytambo and swears revenge on the Emperor.

Ten years have passed since Ollanta and Cusi were separated and in spite of Pachacutec trying to capture the Warrior, he dies without defeating him. Now Tupac Yupanqui, Pachacutec's son, is the new Inca and he is the one who has to fight the Warrior. But there's still a secret to reveal.

A forbidden love in the heart of the Inca Empire

Cusi Coyllur didn't die, she was locked in a dungeon in the Acllahuasi (the house of the chosen women) while pregnant. She gave birth to a baby girl who was later taken from her and grew up among other women  without knowing who she was or her family.

The girl was named Ima Sumac that means “so beautiful”, and one day while she was playin, she discovered a mysterious door. She opens it and finds a woman that can not hide her feelings. Between hugs and sobs, the woman confesses to her that she is her mother. So Ima Sumac asks for forgiveness on behalf of the mother she just met, to the Inca Tupac Yupanqui, her uncle.

When Ima Sumac arrived at the palace, she found that the Inca Tupac Yupanqui had succeeded in capturing Ollanta and was ready to condemn him to death.

The girl tells him what happened with her mother. The story deeply moves Tupac Yupanqui´s heart who didn't know he had a niece, and decides to spare the life of the Warrior and bless the union with her sister.

How can I experience the magic of Ollantay?

To be part of this experience, you just need to travel with us in one of our trains. You will find out everything you need to know on our website, even which trains offer you this wonderful experience. 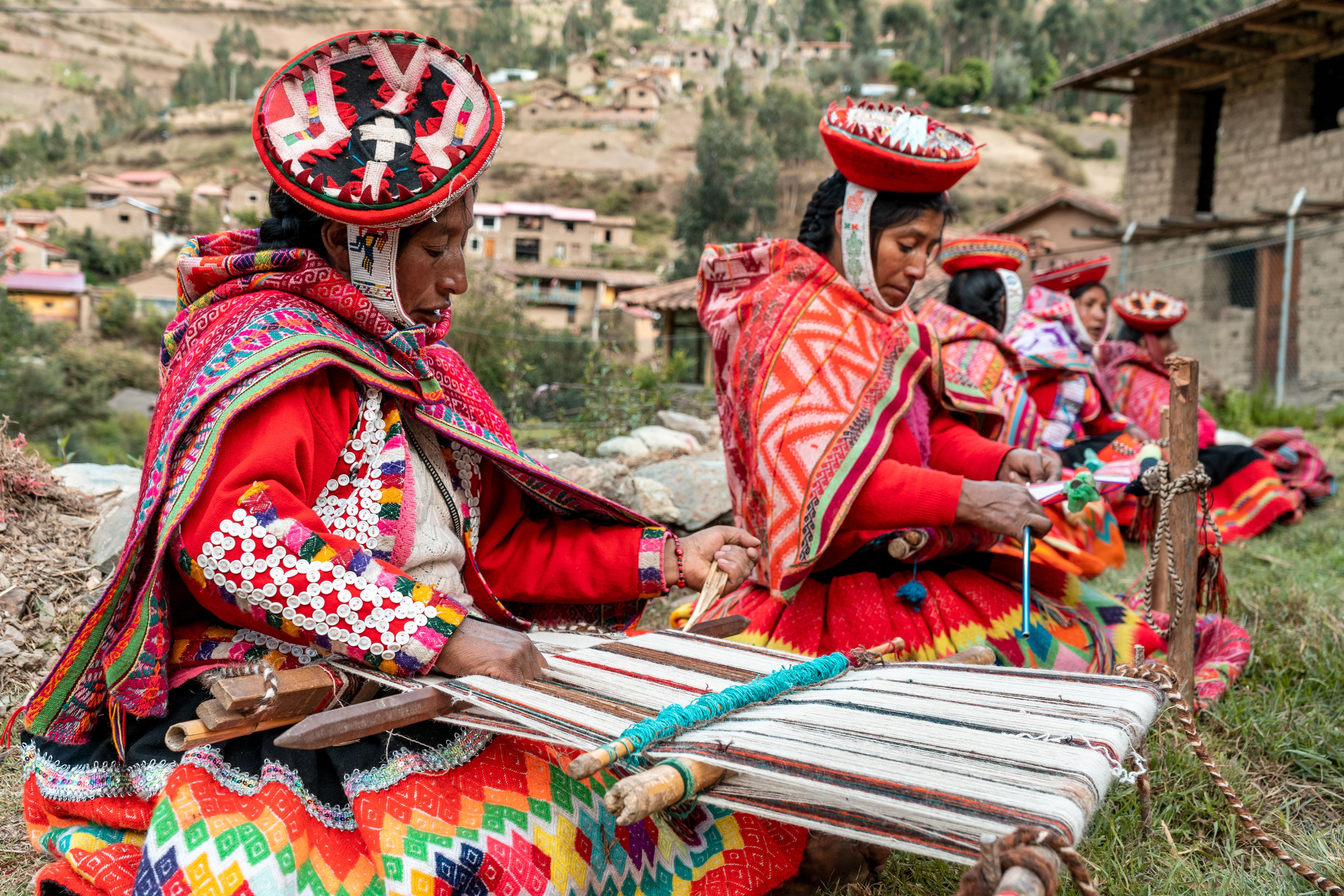 ´s used to live. They have not changed their customs or traditions, they have not lost the sense of community, nor the techniques to work the land or their clothing. Huilloc remains intact despite the passage of time and modern life.

The costumes you´ll see during the show “Ollantay: The Warrior and the Inca Princess'' were made by the people of the community, as well as the costumes of the mannequins that you will see in the waiting room of the train station and ticket office of Inca Rail.

What are you waitting for? Come to Cusco and enjoy what Inca Rail has prepared for you.