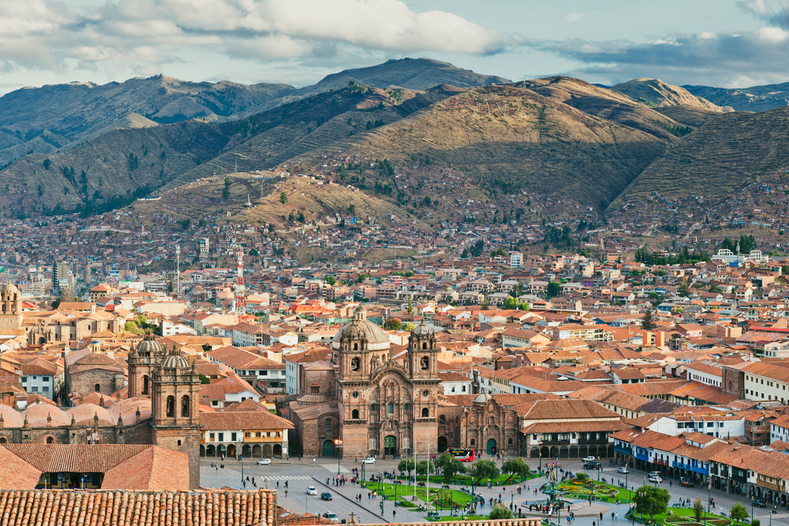 Must-visit Convents and Churches in Cusco

While the Inca culture followed a belief-system rooted in nature, science and a touch of the supernatural, it began to disappear when Spanish colonists took over.

Following their conquest of the ancient Inca capital in the mid 16th century, the Catholic conquerors began to build numerous convents and churches in Cusco. Despite their dark past, these religious structures are considered some of the most beautiful in all of the Americas today. Here’s why.

Getting to know the best convents and churches in Cusco

As the oldest living city in the Americas, Cusco has much to offer tourists in terms of culture, history and even nightlife. The architecture, often a blend of Andean traditions and colonial charm, is something to admire as well.

When narrowing down what to include in your itinerary, be sure to opt for quality over quantity. Here we’ve simplified it for you by selecting the 6 most important churches in Cusco. Just remember, no photos allowed.

Considered a Cultural Patrimony of Peru and a UNESCO World Heritage Site, construction of the Cusco Cathedral took 95 years to complete (1560-1654). Located in Cusco’s main square, the ornate church was built with stones from the nearby Sacsayhuaman site. Styles such as Baroque, Gothic and Renaissance are present inside and out.

What the naked eye can’t see however is that the Cusco Cathedral was erected where an Inca temple and palace once stood. Today the Cusco Cathedral continues to be a place for worship as well as an important repository for colonial art, archaeological artifacts and relics. 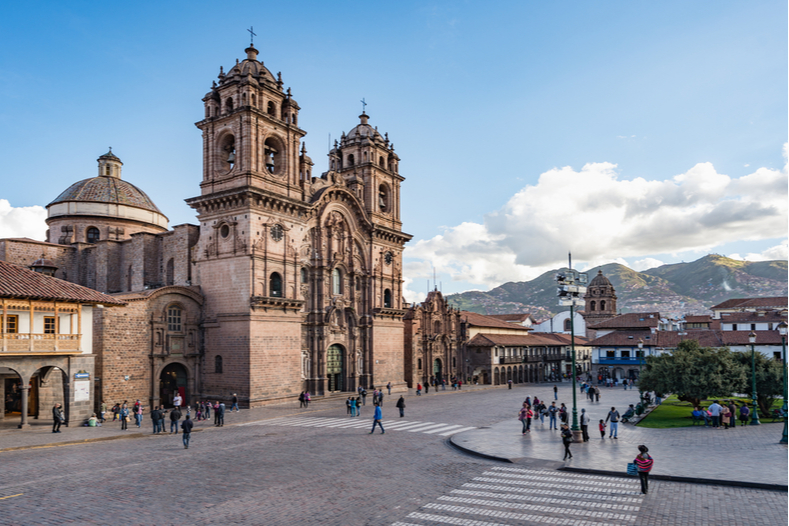 Located just around the corner from the Main Square, the striking Santo Domingo convent sits atop the foundation of the Coricancha. Considered to have been the most important Inca building, the Temple of the Sun was pillaged and torn down decades before the Spanish would finish construction of the convent in 1633.

A unique blend of colonial and Inca design, some of the curved walls and even the garden space of the Coricancha remain on the grounds of this well maintained monastery. Walk beneath beautiful cloisters and admire the collection of centuries-old paintings done in the Escuela Cuzqueña style (indegenous artists taught to paint in European style).

With its two bell towers, this church is located near the Mercado Central de San Pedro, one of Peru’s largest and most vibrant open markets. While quite modest in size in relation to the more grandiose churches in town, the intricate carvings and historical paintings inside the San Pedro church are something to admire.

Destroyed by an earthquake in 1650, the church was rebuilt before the turn of the 17th century. The project was carried out by renowned Cusco architect and Inca descendant, Juan Tomás Tuyru Túpac. Take time to admire the altar (sculpted by the architect himself) and the paintings belonging to the Escuela Cuzqueña style.

Sistine Chapel of the Andes

Though unassuming from the outside, the interior of the Sistine Chapel of the Andes (Capilla Sixtina or San Pedro Apóstol de Andahuaylillas) is elaborately decorated from floor to ceiling. Though part of the Andean Baroque artistic movement, the decor of the chapel has been likened to that of its counterpart in the Vatican City.

Located in the town of Andahuaylillas (40 km from Cusco city), the 16th century chapel houses a gold-leaf altar and countless murals. The two parish organs are believed to be the oldest in the Americas.

Standing in front of the Plazoleta Espinar, about 100 meters from Cusco’s Main Square, is what many consider to be the most beautiful churches in Latin America. The Convent of La Merced was destroyed in 1650 and would take nearly 20 years to be rebuilt.

The rustic walls of the cloister are hung with paintings from the Escuela Cuzqueña and the church houses the tomb of conquistador Gonzalo Pizarro (brother of Francisco). Don’t miss the on-site museum where a solid-gold monstrance drenched in jewels is on display.

Church of the Society of Jesus

Similar to the San Pedro Apóstol de Andahuaylillas, this church is part of the Andean Baroque route. Known as the Iglesia de la Compañía de Jesús, it was built by the Jesuits in 1571 (though it would have to be rebuilt after a destructive earthquake in 1650). Located in the Main Square of the ancient capital of the Inca Empire, the church lies on top of what was once the palace of Huayna Capac.

The stateliness of the Church of the Society of Jesus rivals that of the cathedral: from the baroque facade, complete with two detailed canvases, to the largest altar in Peru tucked inside. Be sure to soak in the views from the second floor choir.

Are you ready to experience the magic of Peru yourself? Discover the best of the Sacred Valley when you book a train ride Inca Rail. Check out our options here.